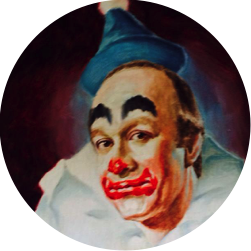 Dick Capri is one comedy's true treasures. With a style firmly based in the Borsht Belt, Capri uses his Italian heritage and his unique delivery to mix comedy and mime - setting him distinctly apart from the traditional stand-up comic.

Since the early 1960's, Dick Capri has performed in nightclubs and resorts throughout the United States and Europe. He has been a guest on numerous television shows over the years including the Tonight Show, The Merv Griffin Show , Toast of The Town and The Mike Douglas Show and, most recently, on Comedy Central's Friars Club Roast of Drew Carey.

As Tom Jones' and Engelbert Humperdink's favorite comedy attraction, Dick Capri performed on the same bill with the two stars for six years at major nightclubs and theatres throughout the U.S. and also worked with Engelbert at London's Palladium, doing a BBC special, and at MGM's Grand Hotel in Las Vegas. He was also one of the stars of the Broadway hit (along with Freddie Roman, Louise DuArt, and Mal Z. Lawrence) "Catskills on Broadway."